Which Will You Choose? 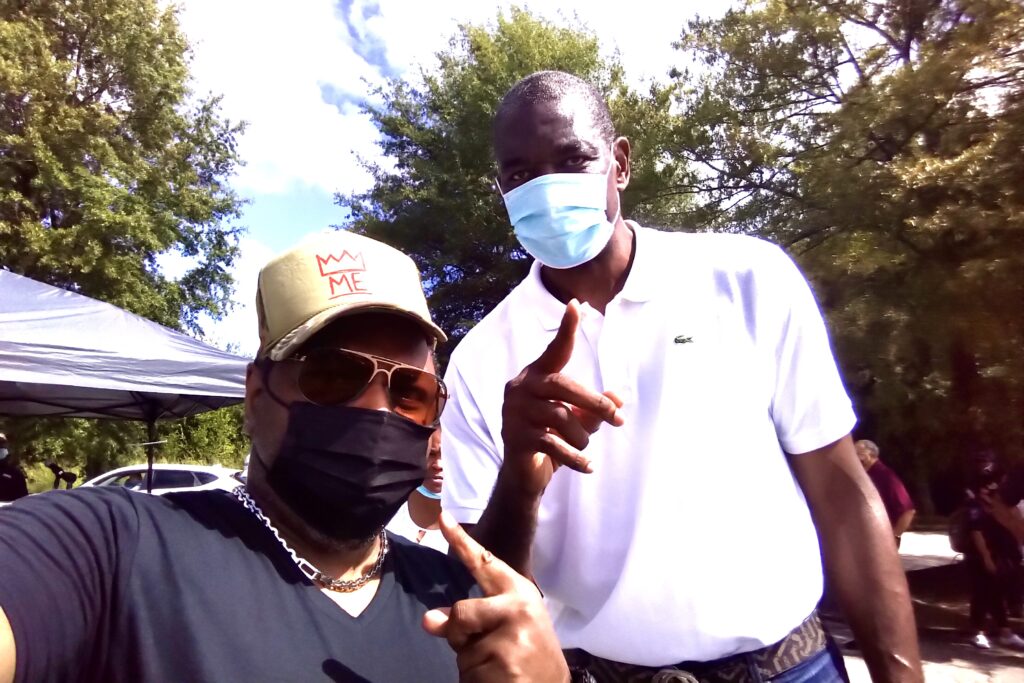 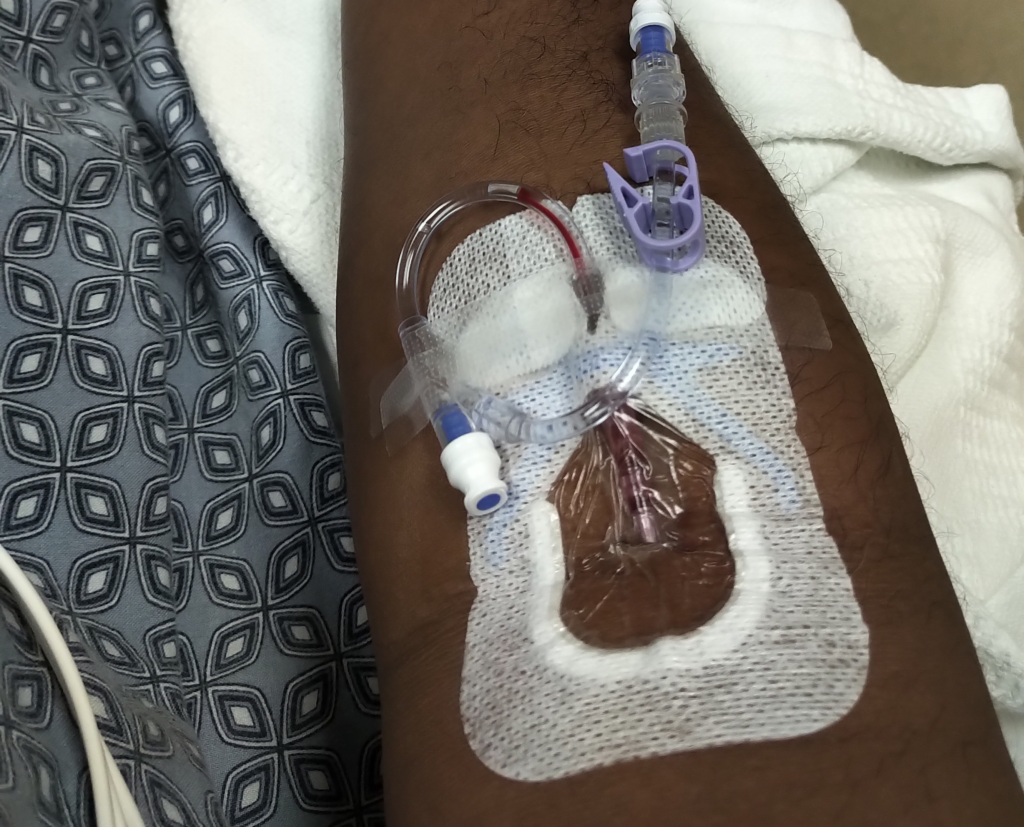 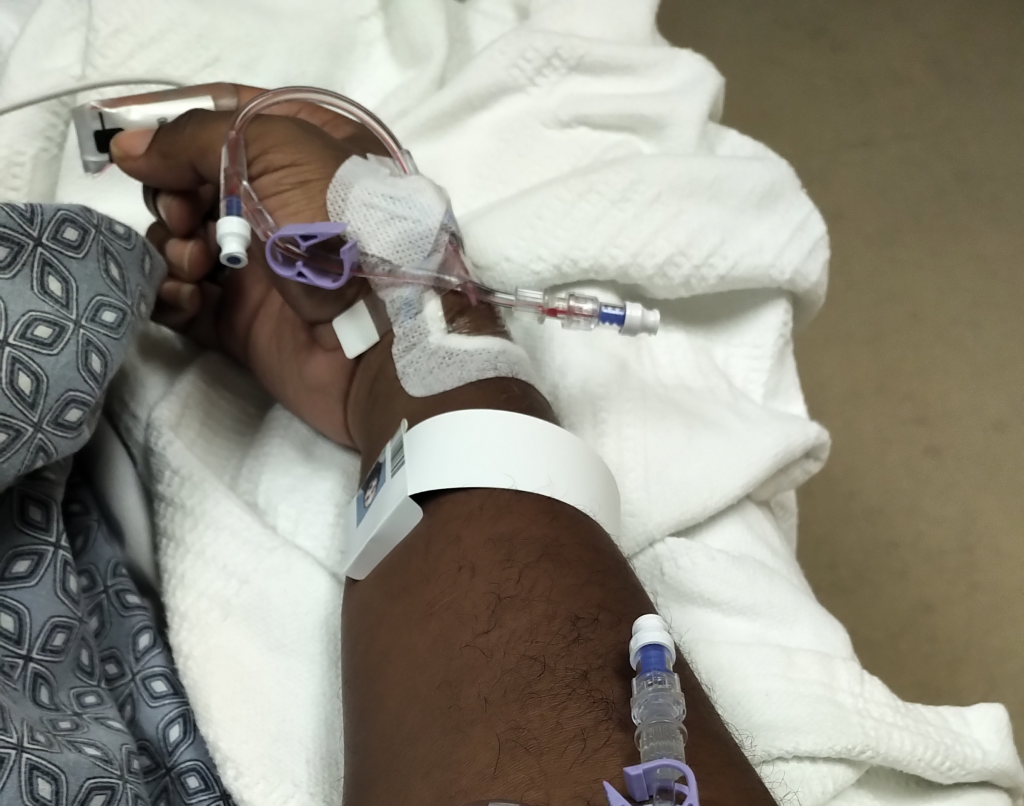 The covid vaccine has been one of the biggest topics of discussion in the media, the workplace and amongst friends and family. With so much information being spread, some factual and some misinformation, it’s hard to determine what’s real and what’s not…and even harder to determine what’s best for one’s self and for one’s family members. If you listen to one group, you’re going to die, as well as kill others if you remain unvaccinated, and if you listen to the other side, taking the vaccine will be extremely harmful to you, possible fatal, if you decide to get the shot. The noise is loud and extreme coming from both sides but here’s how I rationalized my decision to vax or not to vax.

First, let me start by saying that, “I HATE NEEDLES!” I could never be a heroin addict because I would never stick myself with a needle voluntarily. I have what nurses have explained to me as “butterfly veins”, so what would usually happen is a nurse would try to find a vein in my arm and after a minute or two or five, they would stick the needle in my arm and then proceed to move the needle around in my arm because they missed the vein due to having veins that aren’t easily detected. Either way, it’s a very uncomfortable process that I would much rather avoid but I digress. After weighing the pros and cons of what I’ve heard and read, combined with my own logic and reasoning, here’s what I’ve put together.

When listening to some government officials, politicians, and left wing media, you are being irrational and irresponsible if you decide against taking the vaccine. They call you irrational due to their thoughts of you deciding against the CDC recommendation and the recommendations of most medical professionals regarding taking the vaccine. They call you irresponsible because some of the vaccine “snobs” are blaming the unvaccinated for the continued rise in covid cases. I used the word “snob” because there are people who look down or frown upon those who are not vaccinated. However, this isn’t just reserved for one group because I’ve literally heard unvaccinated people call those who chose to get vaccinated, stupid and/or gullible for believing the government and for exposing their body to “God knows whatever” is in the vaccine. Although it’s true that we (as in the everyday citizens who have yet to do their homework or research as to what’s in the vaccine) don’t really know what’s in the vaccine but when you think about it, we don’t know what’s in any of the shots or vaccines that we’ve received since childhood. Hell, I’m willing to bet that none of you know what’s in aspirin or Tylenol, including myself, but we don’t raise the same questions or concerns whenever we take some. Just like the adverse reactions that we’ve heard people have had after getting the shot, we’ve heard of people having adverse reactions to aspirin and Tylenol. And before you jump out there and say that you’ve never heard of anyone having a bad reaction to aspirin or
Tylenol, google it if you don’t believe me, lol.

I won’t pretend as if people of color don’t have a reason to not trust the government. If you can’t think of why we would or should have mistrust, look up the Tuskegee experiment. Whether you are a person of color or not, you have a right to question anything that the government tells us, especially when it goes against our own logic. One of my problems that I’m having regarding the messaging towards getting the vaccine is that they, the government and left wing media, insist on telling us that getting vaccinated will make the public safer. How is that? Anyone, vaccinated or not, can catch and spread covid so how does getting vaccinated prevent the spread or make the public safer? There’s something terribly wrong with this messaging and therefore worthy of mistrust. If they were to focus on the message that getting the vaccine may prevent you from experiencing severe or fatal symptoms from covid, that may be a message that more people would support and could lead to more people getting vaccinated. After all of this, I spoke with a nurse recently and she said that the majority of the people being seen and/or treated in the hospital, in which she work, are fully vaccinated. This leaves one to ask, “What in the hell should we do?” “What should you believe?”

After weighing all that I’ve heard and read, and then deciphering through all of the noise and rhetoric, I decided to go with my own personal experiences. I’ve personally had covid and was on the verge of being hospitalized. After experiencing some of the symptoms first hand, I was truly afraid of whether or not I would survive covid. I, personally, have known people, too many, that caught covid and died due to covid related symptoms. I, personally, know people who are still fighting covid. I, personally, know many people who are fully vaccinated and yet, I don’t know of anyone who has died or was severely harmed by the vaccine. That said, after ignoring all the bullshit and going with what I, personally, know to be true, I got the shot! At the end of the day, make a decision based upon what you know to be true and do you! Blessings to all…